Once again, the students become the teachers! There's so much talent among our listeners, we simply must feature it. So, get ready to listen and discuss!

This chilling interpretation of "Twinkle, Twinkle Little Star" came about when Trey's 10 year old daughter, Alex, began experimenting with applying different modes to the original melody. As it turns out, Aeolean (minor) won out! The two of them performed this, together, as a conversation about creepy movies emerges from the back drop! Alex adds drama of her own by adding pauses and breaths that step outside of any consistent meter.

Refer to the opening bumper track of this episode.

Gerald is starting off with an open E chord (no thirds). The key of E major is implied as the melody walks down the major scale, moving through the I - IM7 - vi - V chords, and lands on the I chord (now with the 3rd present).

Though this is a descending melody, the overall mood is positive and energetic. This is due, in part, to the overall movement from I to V and back to I as well as the rhythmic structure steadily building throughout the piece. On the change up, we hear the MINOR PLAGAL CADENCE occur as we move from IV to iv (borrowed chord from E minor) to I.

This piece currently not available.

Linda has been submerged in music for all of her life. In her later years, she took up piano and composition. This piece features an A minor pentatonic theme in the left hand (bass/rhythm) and A minor in the right hand (melody). This haunting and engaging polytonal piece gives us a glimpse into her upbringing in the Appalachian region and a foretelling of some fantastic things to come!

Hear more from Linda on:

This piece paints the perfect picture of any uncontrollable circumstance that might keep someone awake at night, or overwhelmed by a busy and fast paced day. Jerky and unpredictable movements are well conveyed by the syncopations that dance all around a simple 3/4 meter. The use of hard stereo panning further disorients the listener. The main theme, played on MIDI celesta, has a very pleasing hook that grabs your attention with interval leaps as it interplays with the bass and electric piano parts. 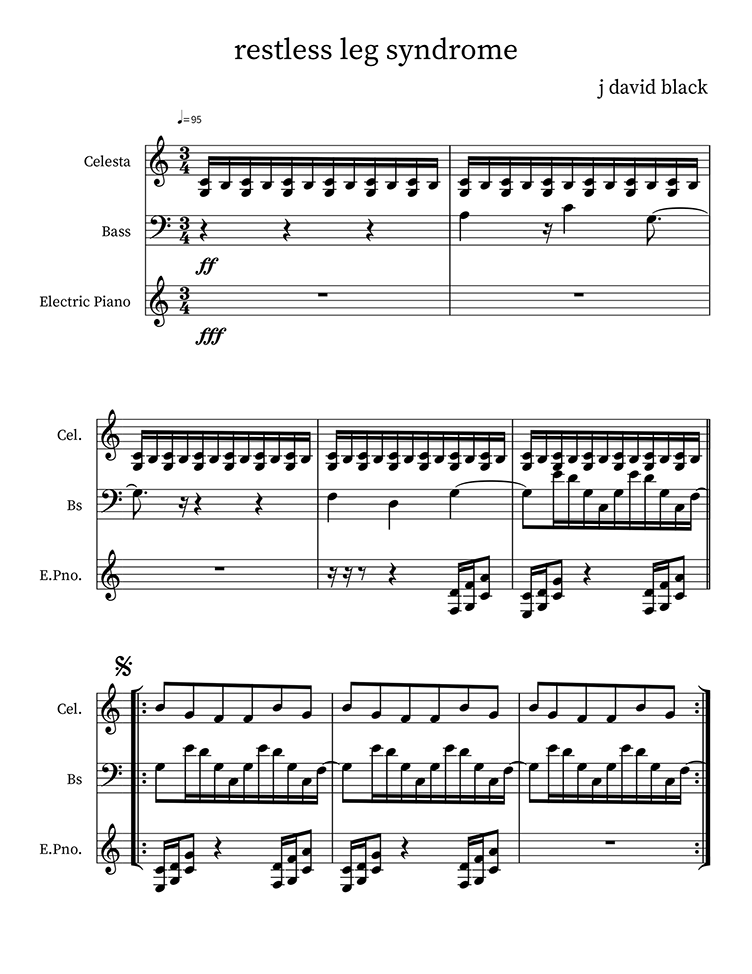 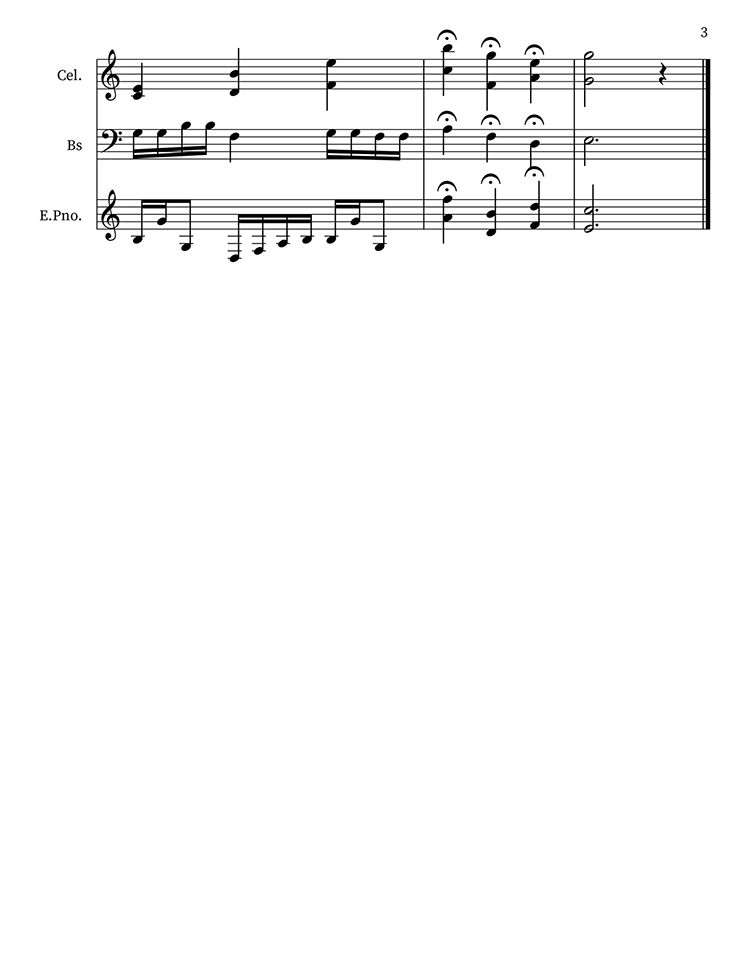 Adam wrote this piece as the theme to a character that he is developing as an exercise. "Arshen" is a blacksmith in the land of Aurophia, the product of Adam's vivid imagination. A masculine choir establishes the main theme, which is then galvanized by the piano. Adam widens the texture with a fuller chorus and amps it up with energetic drums! We wave goodbye to our good hero with a fanfare in the horns section. This piece will be on his 2nd Aurohpia album.

This this piece has not been officially released.

Hear more from Adam on:

Kara has taken a traditional Japanese melody, a Bushi, and made it her own by implementing her own pacing and structure. Traditionally, this would be a single line. But Kara boldly uses two lines, resulting in a conversational effect! Both lines were performed, by Kara, on the low C recorder. But her astonishing technique makes it sound like a traditional Japanese instrument. The meditative quality of this piece transports the listener to a tranquil place.

We first heard Andersonelane on Ep,70- Listener Compositions Pt.1. That track captured the wilder side of country music. But this track captures it's more introspective and spiritual side. She did a lot of research in her community by asking friends and neighbors, "if God asked you one question before he opened the gates to heaven, what would he ask?" Their answers inspired this song. Be it the fantastic songwriting or the lush sonic experience, "Have I Lived" is sure to stir your soul. This song is featured on their album "The Fight".

I have gambled on free fall with nothing but the sky...

I breathed through the flame of the whiskeys darkest fight.

The bottom has a basement you don't wanna see.

I saw poverty from the front row, barefoot on the line

I was touched by gypsy hands. They could warm the coldest night.

Her perfume still lingers like the sweat of guilty sin.

And I'll sing...forgiven i will fly

I will learn from the question, (I have) not answered.

I will speak with the cross in the southern stars.

I will share with the hungry. For I've been a stubborn child

I will bargain with the wayward, imprisoned by his pride.

Hear the song on:

Hear more from Andersonlane on: