Solfege has been used for centuries to help vocalists and music students acquaint vowel sounds with certain notes. In this episode, we will discuss solfege in major, minor and chromatic terms. We will also cover the two different kinds of solfege ("fixed do" and "movable do") and the advantages of these systems. Finally, we will address the Curwen Hand Signs and try some exercises that you might find useful.

SOLFEGE- From the Italian word "solfeggio", this is the practice of assigning vowel sounds (instead of numbers) to the scale degrees.

FIXED DO- In this system, DO begins the C major scale. All the notes maintain their vowel sound counter parts, regardless of key. DO=C, always. SO=G, always.

MOVABLE DO- In this system, DO begins any major scale. DO will always be the tonic, regardless of the key. DO=C, in C major. DO=G, in G major.

THE CURWEN HAND SIGNS- This is an assortment of hand signs and positions that relate to their complimentary vowel sounds in solfege.

-When we are using SOLFEGE, we are assigning vowel sounds and syllables to the notes of the scale, be it major, minor or chromatic.

-Below, we have an example of SOLFEGE in C MAJOR. See the NUMBER SYSTEM on the top and SOLFEGE on the bottom. 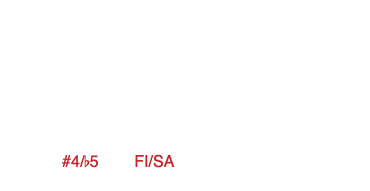 -These hand signs were developed by John Curwen, in the 1800's, to make a kinesthetic (or physical) connection to the solfege syllables and vowels. -The most important scale degrees, 1 and 5, are both on the "OH" vowel sounds (DO and SO, respectively).

-Start simple. Go up and down the major and minor scales and then work on your arpeggios, all in solfege. Make sure you change your vowels, in minor.

-Challenge yourself by moving on to the 12 note chromatic scale. Sing simple melodies that you're familiar with and translate them to solfege.

-Try using more complex melodies, with leaps and chromaticism, and translate them to solfege.

-If you're more familiar with "movable DO", try to challenge yourself with "fixed DO" or vice versa.

-For a comprehensive discussion of 'fixed do' and 'movable do', check out this video, by Robert Estern at Living Pianos Videos:

"Which Is Better: Movable or Fixed Do Solfeggio"

-For a visual representation and an in depth discussion of the Curwen Hand Signs, check out this video, by Dr. Roger Hale:

"Why Solfege? Why the Curwen Hand Signs?"