We've already given a good listen to the interval. Let's add one more note to it and hear what the triad sounds like. We will discuss the sonic characteristics of the four basic triads:  major, minor, augmented and diminished and their inversions. We will also stack on one more note and talk about the standard basic 7th chords: major major seventh (M7), major minor seventh (Mm7 or the dominant 7th), minor seventh (m7) and even the elusive 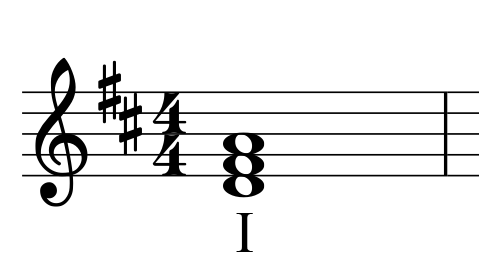 Root position is considered to be the most stable of all note arrangements for the basic triad. 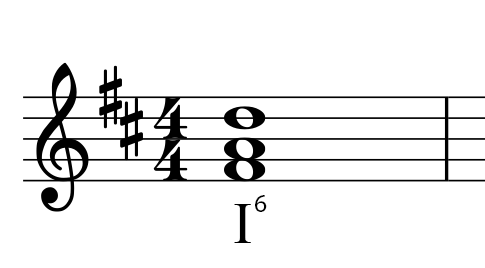 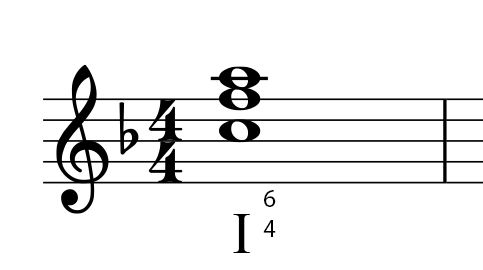 In 2nd inversion, listen for the THIRD in the highest register. You can often identify the third by singing down, 3 scale steps, to the TONIC or the ROOT. Where we listened for the PERFECT 4th interval in MAJOR and MINOR 1st INVERSION TRIADS, we will have to listen for the DIMINISHED 5th in DIMINISHED TRIADS. 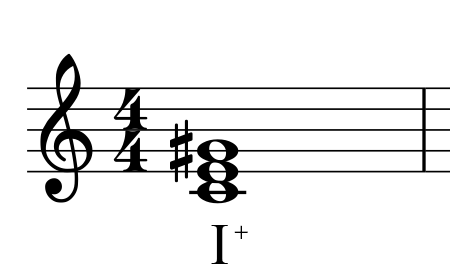 Where we listened for the PERFECT 4th interval in MAJOR and MINOR 1st INVERSION TRIADS, we will have to listen for the MAJOR 3rd in

THE SAME LISTENING TECHNIQUES CAN APPLY TO MAJOR AND MINOR TRIADS

You must always listen for the BASS note as a frame of reference. You may hear an overwhelming THIRD in the high register,. However, if a THIRD is in the bass voice, this triad is actually in 1st INVERSION.

Since the full SEVENTH CHORD contains 4 notes, we will no longer call them TRIADS. 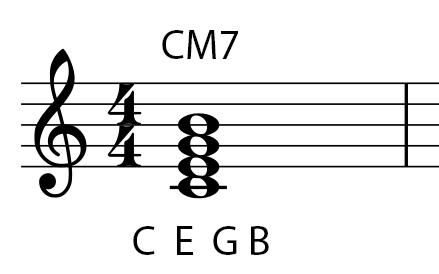 (has a strong need to resolve to the tonic triad) 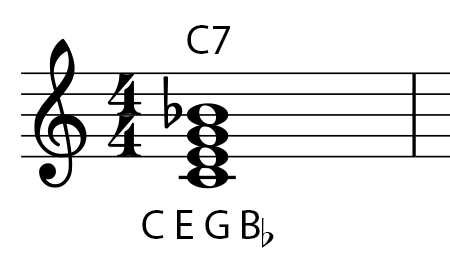 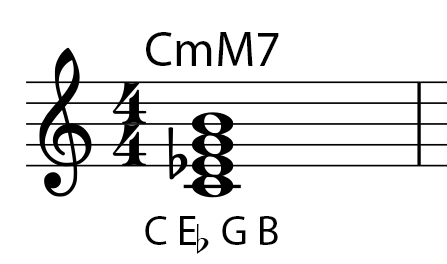 (train whistle chord, listen for the m3 and m7, unstable but doesn't demand the same

resolution as the Mm7) 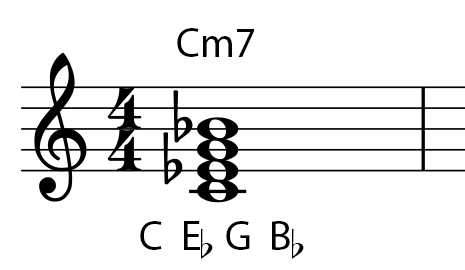 -Try not to think of a triad as one sound. Rather, try to hear each of the 3 notes that make it up. Get used to singing them in your head, high to low or low to high (whichever you're most comfortable with).

-In ROOT POSITION, the basic triad is in its most stable position. You will not detect a PERFECT 4th.

-In 1st INVERSION, listen for a PERFECT 4th in the upper register. That interval is the strongest in this position.

-In 2nd INVERSION, listen for the MAJOR or MINOR THIRD, as the case may be, in the highest register. You can usually detect the 3rd by singing down to the root from that note. There will be a PERFECT 4th in this position but it will be a weaker sonority than that of the THIRD.

-Where we listened for the PERFECT 4th interval in MAJOR and MINOR 1st INVERSION TRIADS, we will have to listen for the DIMINISHED 5th in DIMINISHED TRIADS and for the MAJOR 3rd in AUGMENTED TRIADS in 1st INVERSION.