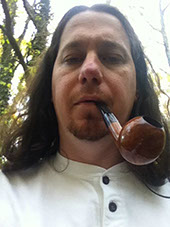 Matthew Scott Phillips is a Graduate of the University of Alabama at Birmingham (B.A.), Birmingham Southern College (M.M.) and of the University of Georgia (D.M.A). He has written for orchestra, chamber groups, independent film, live theatre productions, and multimedia presentations, and his music has been played from Brazil, to the United States, to Germany and the Czech Republic. The content of Matthew’s compositions are centered around expressions of emotional states, the struggle to understand intellectual and philosophical concepts, the contrast between musical elements symbolic of individualism and those symbolic of social imperative, and of the conflicts between various aspects of the human psyche.

Matthew is the winner of the 2011 Alabama Music Teachers’ Association Composition Commission Competition, and was among thirteen other American composers chosen in the summer of 2006, to study and compose music in the city of Prague under the tutelage of Ladislav Kubik. He has composed over 70 instrumental and vocal works including 3 string quartets, 5 symphonies, 3 piano trios, and a host of orchestral overtures, and smaller instrumental works for mixed ensembles. His repertoire includes music composed in serial, freely atonal, traditional, polytonal, pantonal, modal, and electroacoustic styles.

In addition to composition, Matthew has twice been a judge of the National Young Composers Competition, has given lectures on the music of Smetana, Chopin and Rachmaninoff, and taught classes in music fundamentals, musicology, music theory, music technology, and composition. He is also an active member and former Vice President of the Birmingham Art Music Alliance, an avid bass player in the Birmingham live music scene, and a qualified audio technician and occasional stage hand. Matthew lives in Birmingham Alabama, in the United States At age 9, Jeremy Patrick Burns asked for his first electronic keyboard "because it made cool sounds". Eventually, he found it could do much more.  His father, who played guitar and upright bass in a big band,  showed him a few guitar chords. This set him on the path of the multi instrumentalist. During his freshman year, he focused on keyboards in a garage band. At age 16, he picked up the bass guitar.

Jeremy declared his major in Music Technology and minor in Psychology at the University of Alabama at Birmingham, where he earned his degree (B.A.). During his time at UAB, he focused on bass as his instrument (taught by Cleve Eaton) and choir (under Dan Lahon and Jeff Reynolds). He made the Deans List and achieved a scholarship for his performance with the UAB concert choir. While in the Computer Music Ensemble (under Michael Angel), he received the New Member Award in 2000 and the Digital Distinction Award in 2001.

During his time in school, he shared many courses (and eventually a living space) with the members of Tonal Vision. With this experimental fusion/rock band, he toured the Southeast and played many top venues and festivals. He also took up the Celtic music genre with traditional pub band, Shillelagh Law. This lead him to his current "paddy punk" band, Jasper Coal, with whom he enjoys international recognition. Aside from his musical accomplishments, he has launched a successful career in location sound mixing for film and television. He has recorded sound for commercial, documentary, film, national news and prime time television.  Jeremy continues to play live music with Jasper Coal, Tonal Vision, and Sunquakes (experimental rock band). He also continues to produce and record music as well as commercial voice over sessions at his home studio.