Once more, our listeners have bared their souls and shared their own original music. Let us listen! 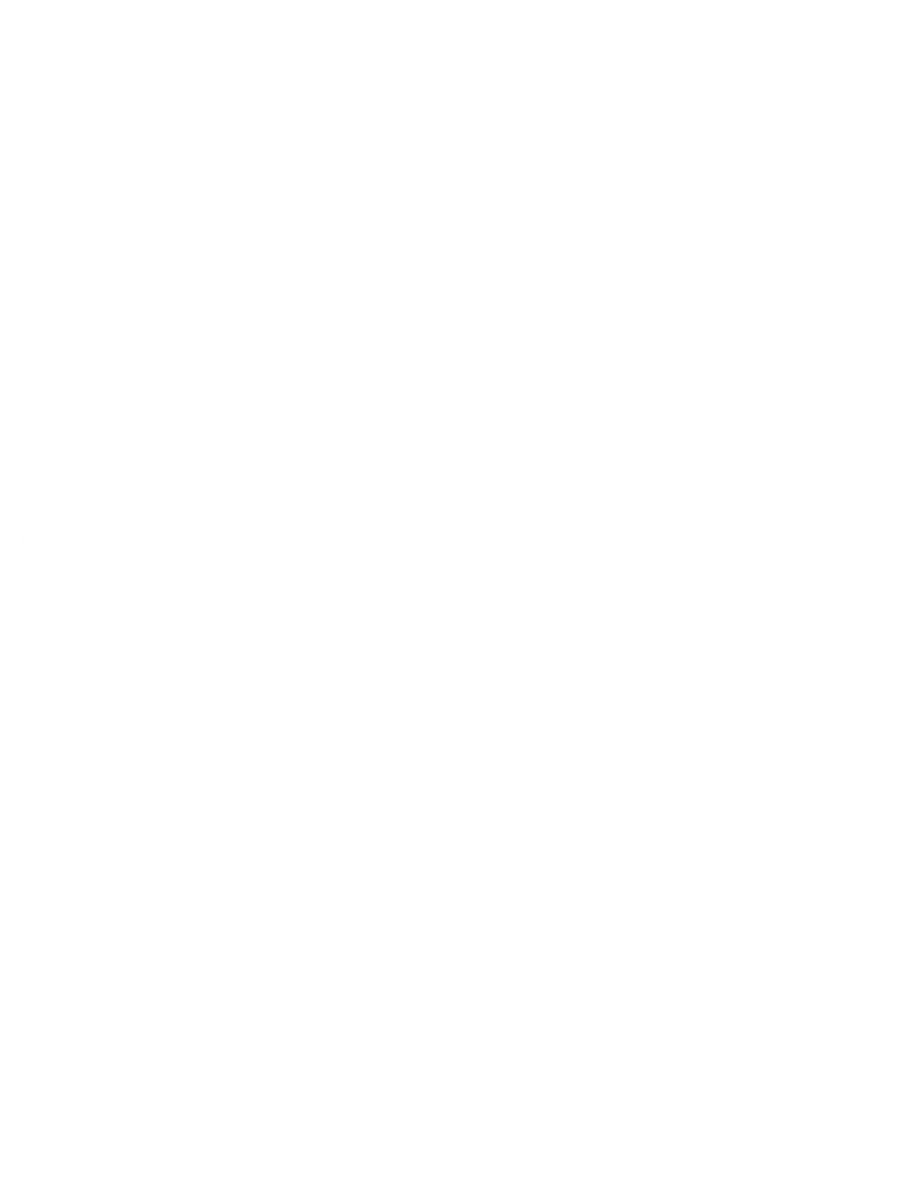 Eamon takes us through many moods while maintaining just one accidental in the key signature. Can you tell what keys/modes he's exploring?

"I ended up writing the piano first, then added the strings (cello, viola, and violin) after.  The middle section is an attempt at 4-part counterpoint...I also tried to use modes to explore color a bit, with the middle section being G major/E minor and then G mixolydian before heading into the main theme again; as well as the phrygrian-based ending.  In general, I went for a more major based beginning into a minor finish (hence the title 'Downfall,' with the modulation to E minor using the same general theme after it appears a second time." -Eamon 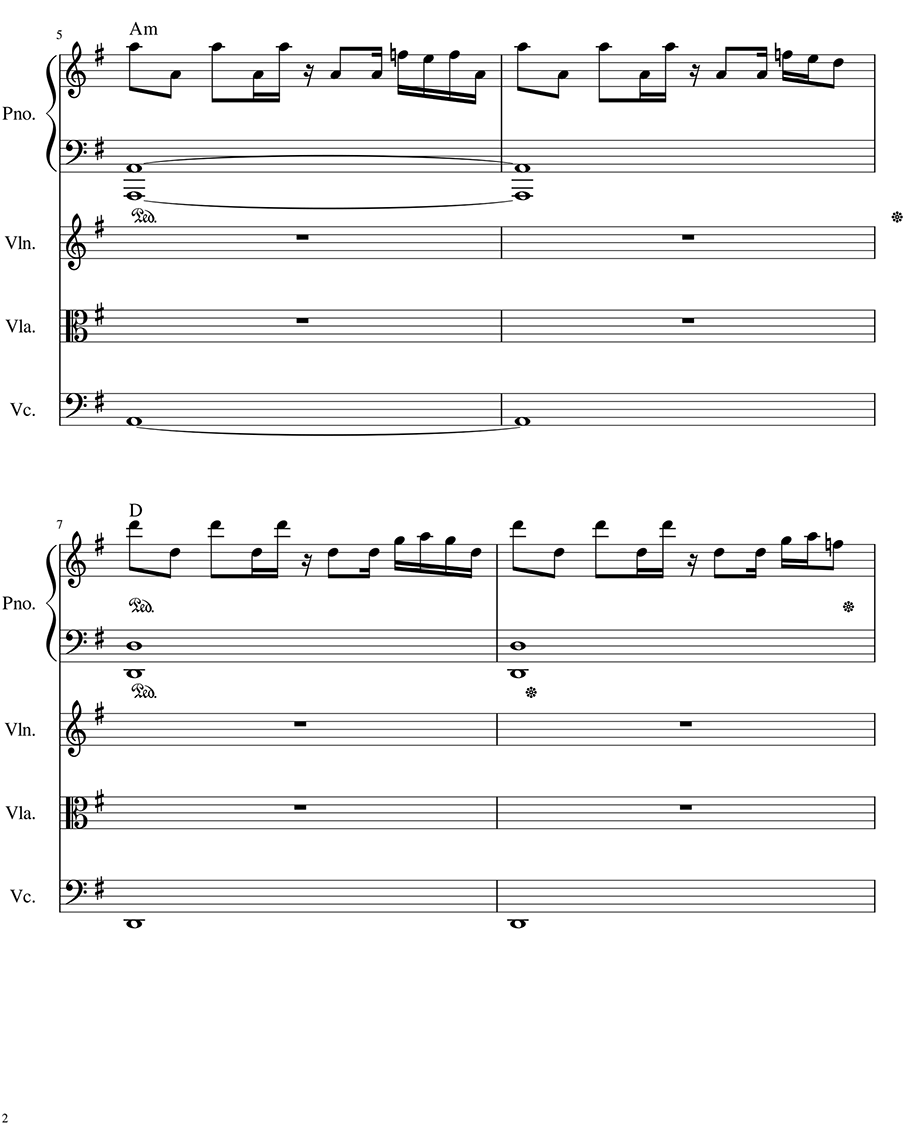 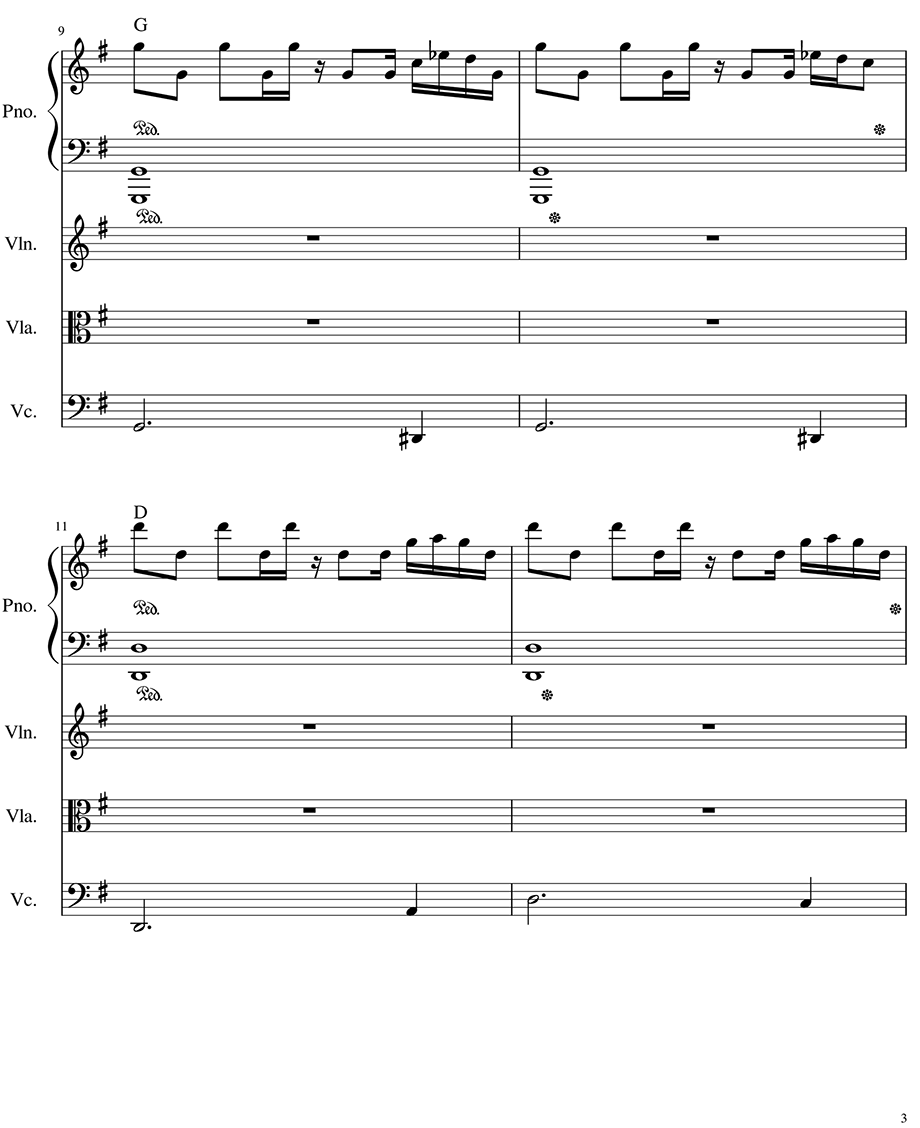 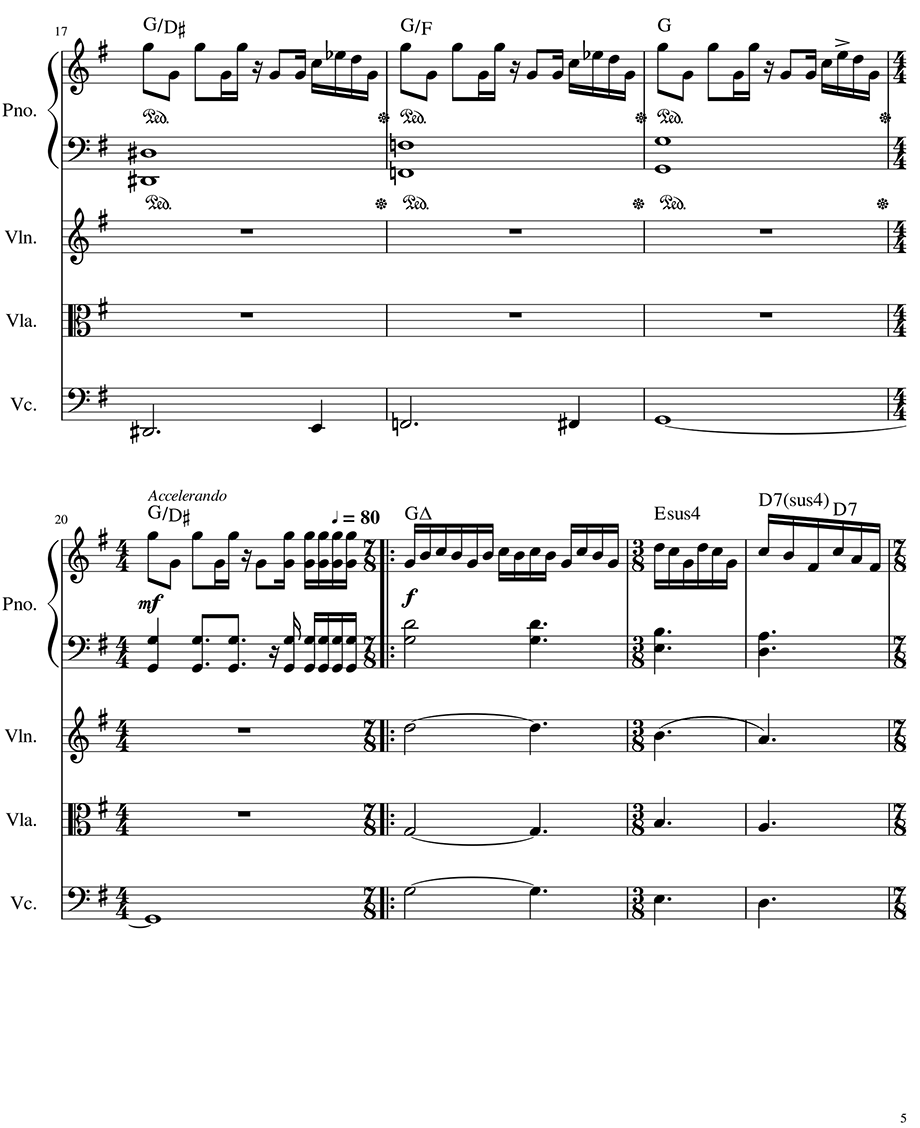 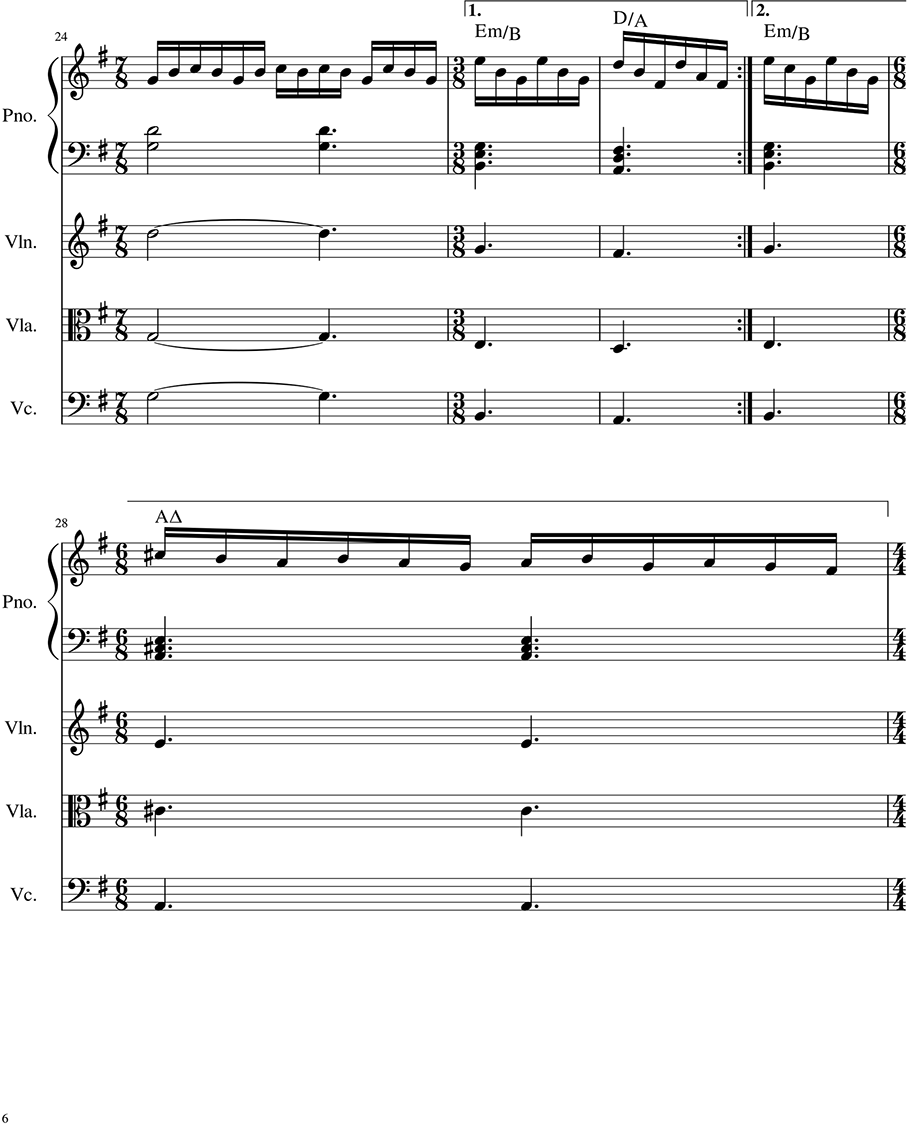 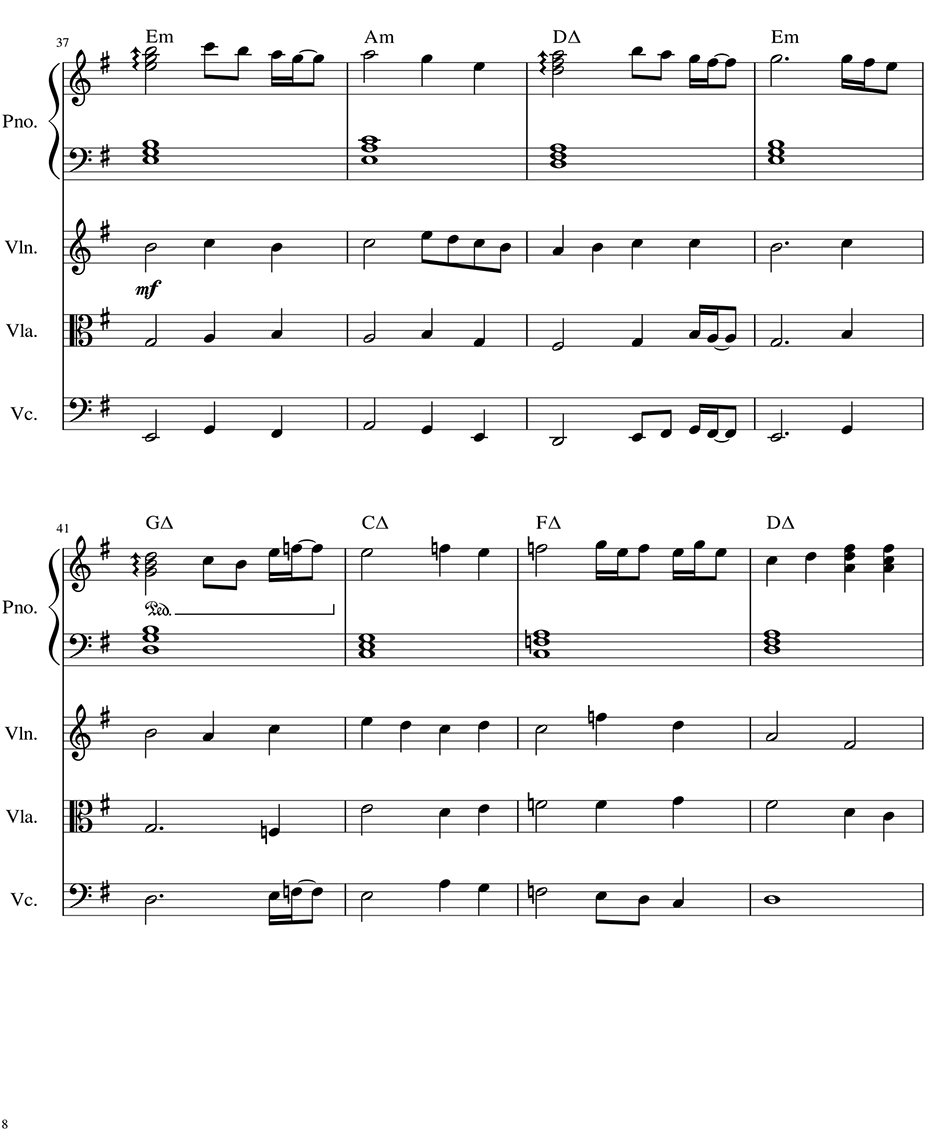 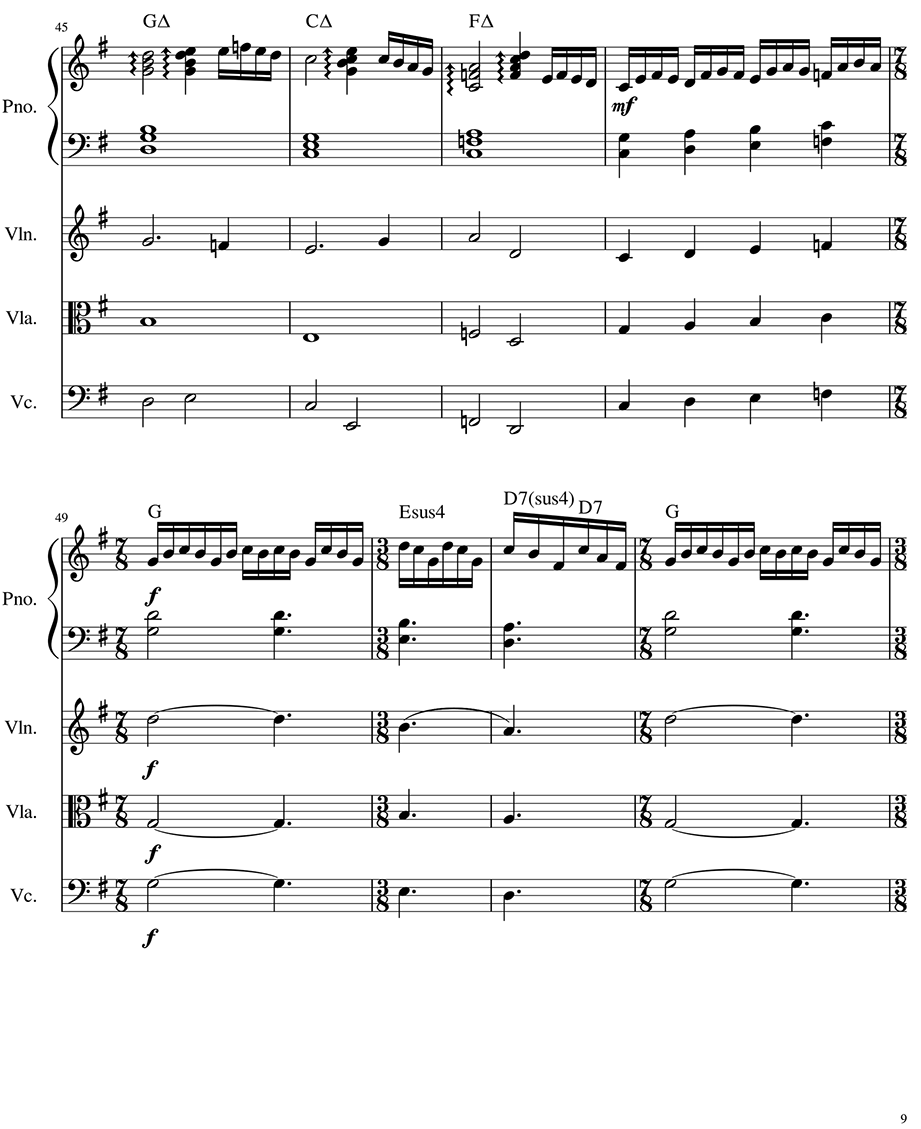 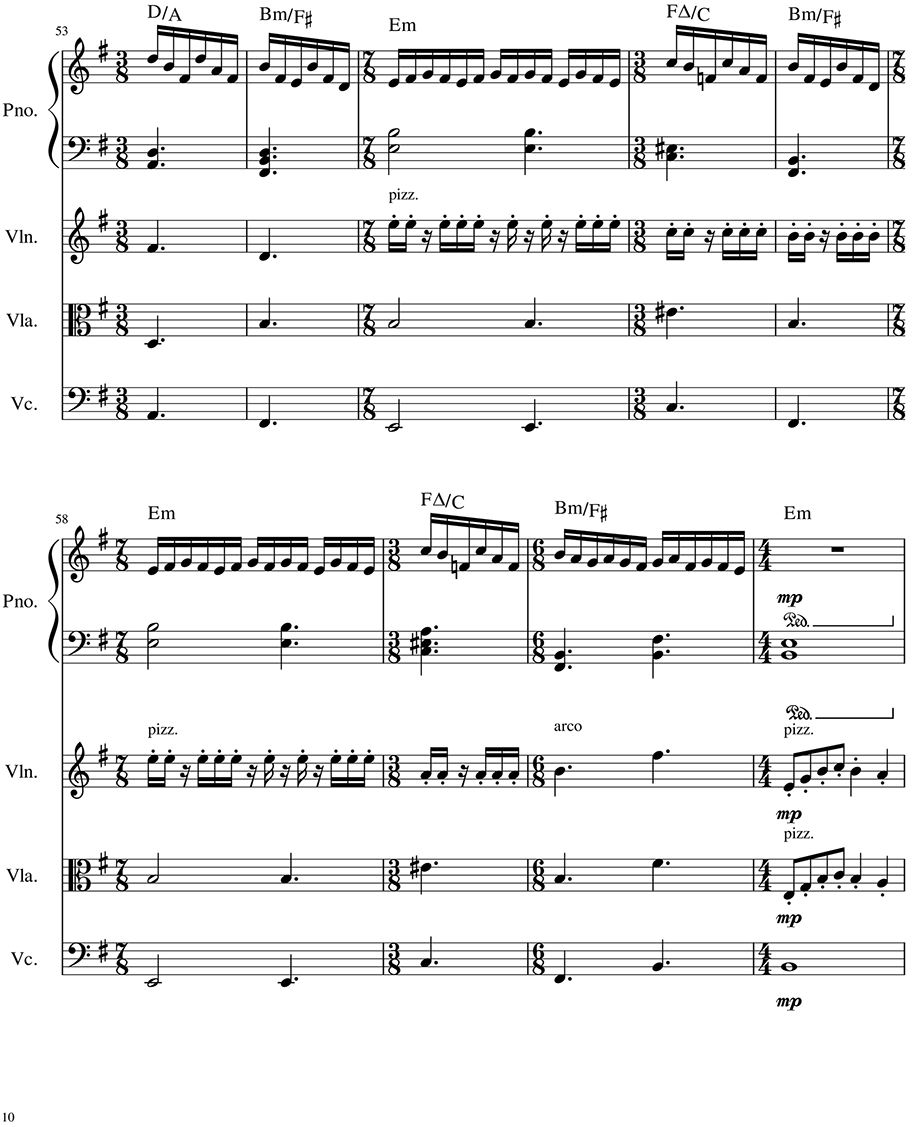 Ray Parker has dealt with much loss and sorrow early in life. But he "just put it all in a shelf and kept going". Composing this song was an opportunity for him to "deal with some of the underlying survivor guilt" he was experiencing. The piece starts with a disjunct melody which represents every day life. In m. 19 - 22, something tragic happens. The remainder of the piece struggles to come to terms with that moment in time and to return to normal life. 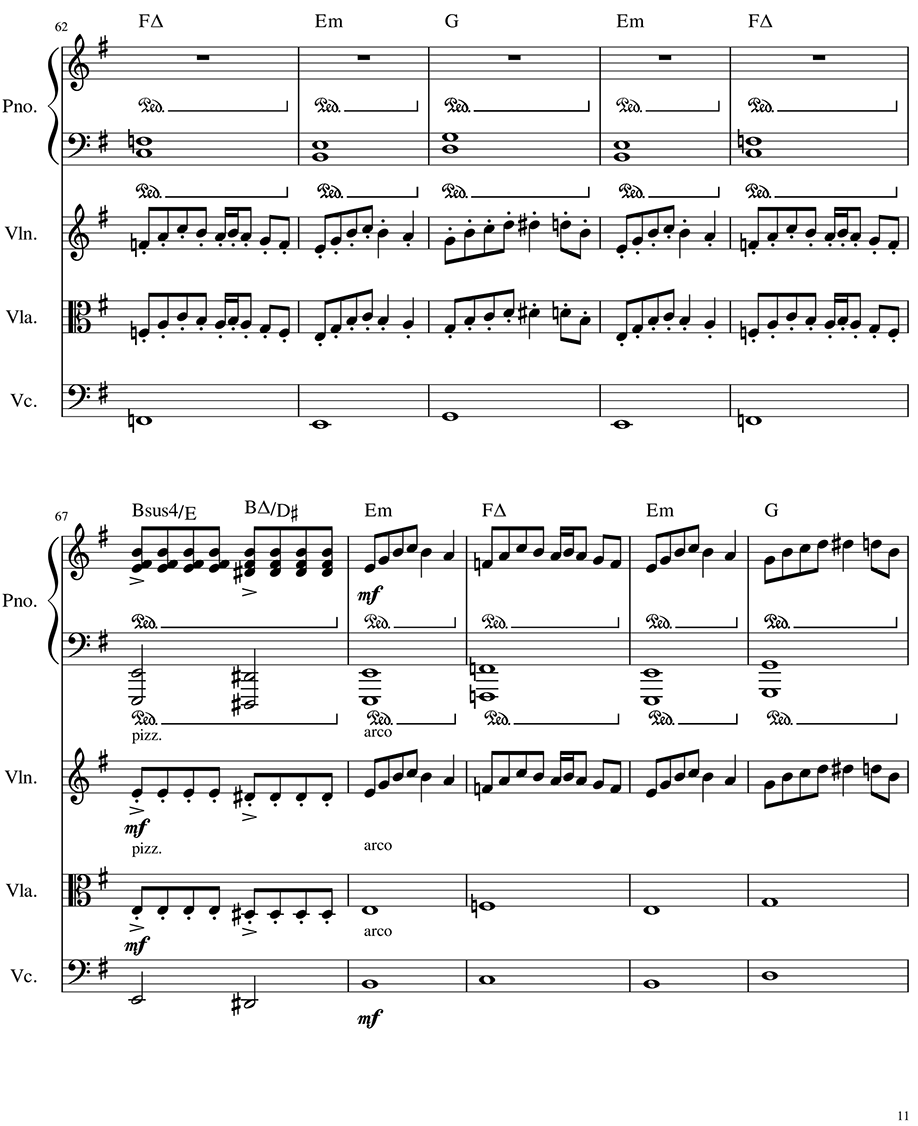 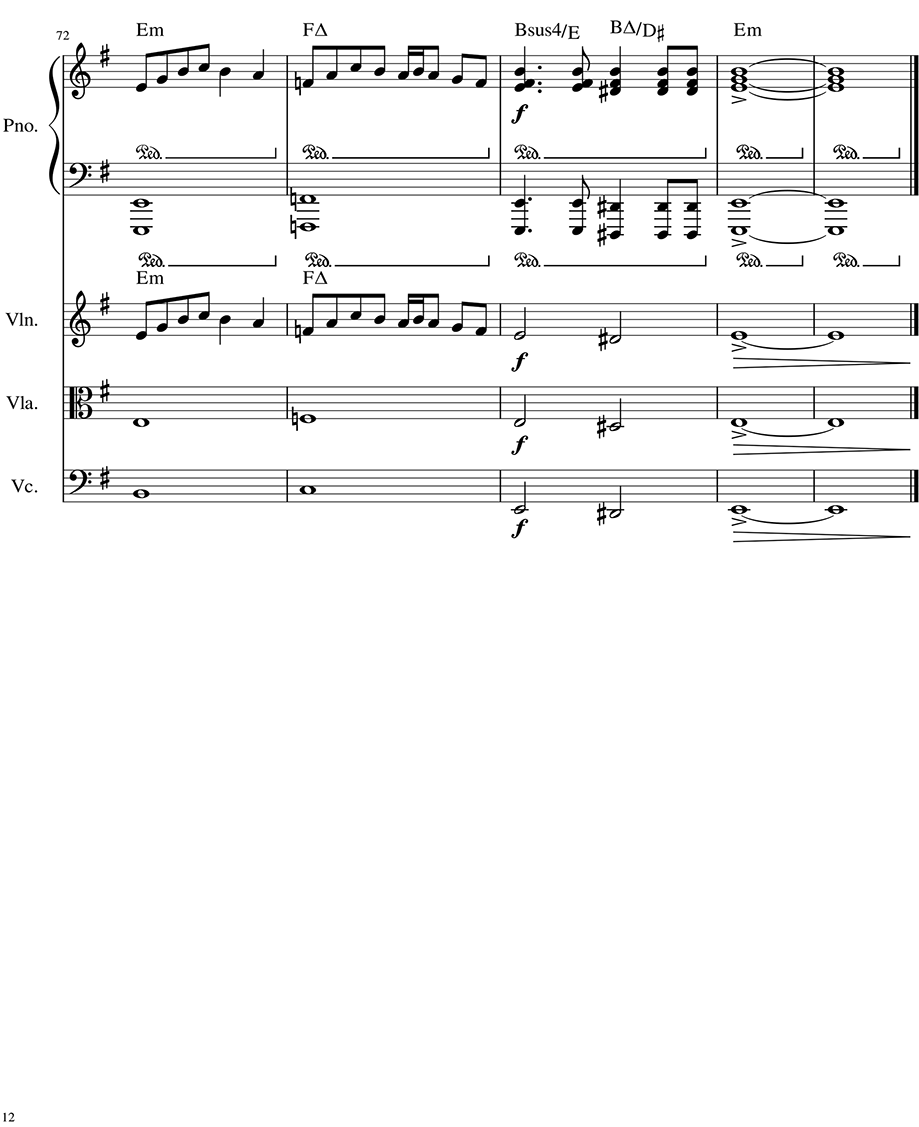 Jerome wrote this composition for my wedding day. He actually became a pastor so he could wed Heather and I. And when we finished our vows, he picked the guitar and played this work of art as we walked back up the aisle.

“For wedding song I wanted something that was a mix between something kind of folk Irish and some thing kind of blue grass, so I tuned my guitar to banjo tuning and started playing around with that and ended up with something amazing that really suited the musical tastes of both Heather and Jeremy.I was inspired to write something for them that they would both enjoy” -Jerome

"Dark Side of the Wood"

This dynamic piece captures your imagination and then sets it soaring! Listen for the production value and the instrument sounds, especially that percussion. It would be the perfect backdrop for an action movie trailer!

“Dark Side Of The Wood was really inspired by Danny Elfman, Hans Zimmer and a few more. This is probably one of my more favorite pieces of music as I do feel like there's a good flow of story that evolves musically almost naturally, yet at the same time it does present different type of emotions..(regarding instruments) I work with a lot of different libraries and I try to mix them up as much as possible, above that I always try and use the different features each library provides, especially when it comes to automation which I use a lot (and actually the main reason I dropped Cubase for Studio One a few years back). So no live orchestration at all. Unfortunately I can only play guitar and even that's quarter descent but I do record that once in a while." -Sharli

Keith is an accomplished songwriter. He's accomplished writing some fantastic songs! His melodies and chord progressions compliment his lyrics. We love his singing voice, his writing style and his ability to come up with a good hook!

"The whole tune was kind of built around the uke. When I did my initial recording of it I had the uke mixed about evenly with the guitar. Billy pulled it to the forefront this time around. I think it works better."

On this artificial satellite

A thousand miles above the ground

All the cities look the same from here

On the outer layer of the atmosphere

Could be London, could be Tokyo

Or Sao Palo for all I know

Stars above, clouds below

All the world passing by

My little white light in the sky

Passing over land and sea

Losing any sense of geography

Seeing only shades and hues

Of browns and greens and whites and blues

I’ve got Jupiter and I’ve got Mars

They come around once an hour or two

From this interplanetary point of view

Stars above, clouds below

All the world passing by

My little white light in the sky