Picking up from where we left off on episode 71, we will now further our discussion on modulation to distantly related keys. The focus, on this show, will be the use of chromatic mediants! 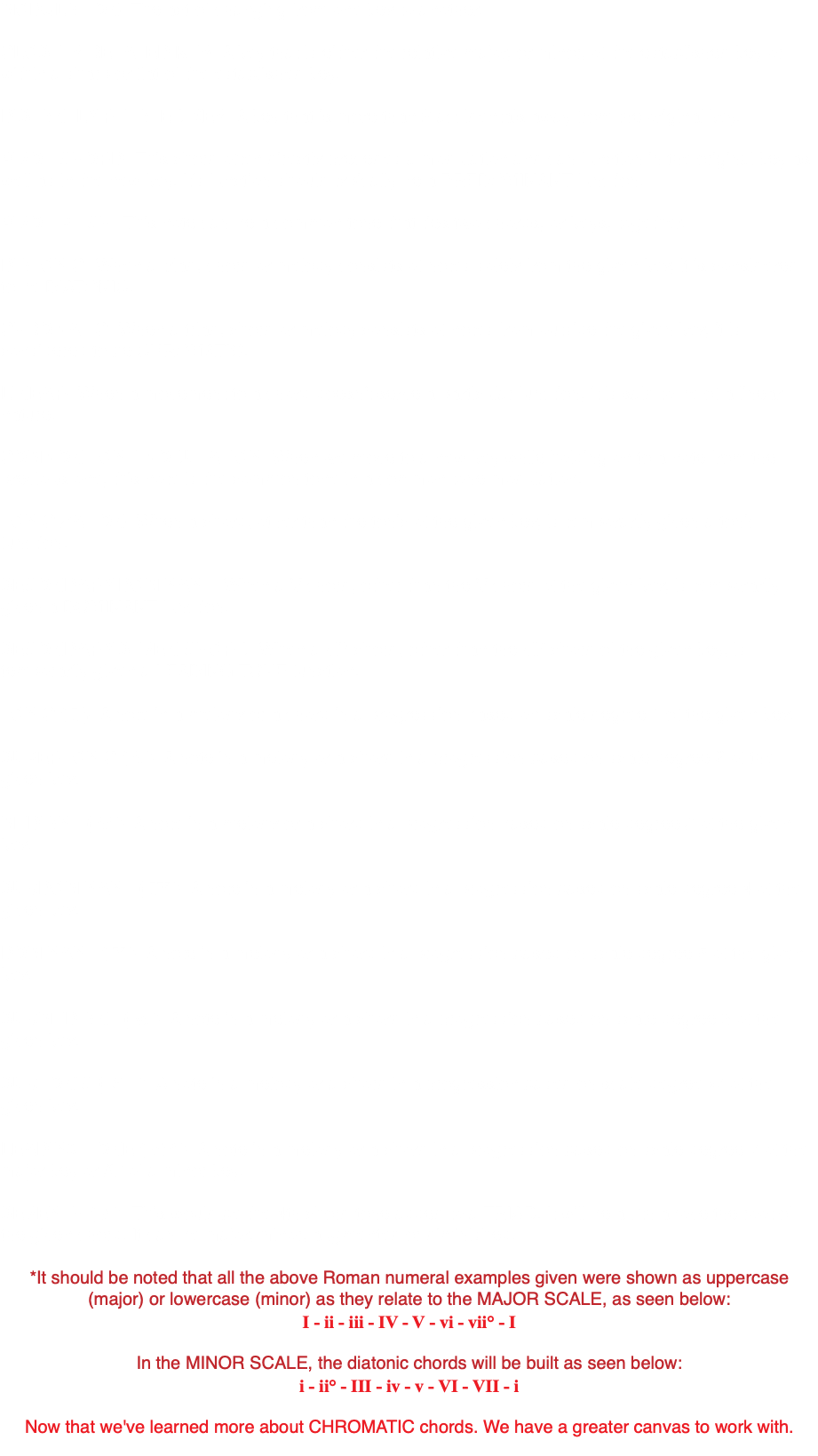 -Chromatic third relationships occur when two triads, (each from different diatonic scales) are a M3 or m3 apart, or their inversions (m6 and M6, respectively).

-We have become familiar with DIATONIC MEDIANT relationships. One example is given below when I (C major) moves to iii (E minor). In the key of C major, all these notes are DIATONIC. They all belong to the key of C major. The relationship is MEDIANT because C major and E minor are based on root notes a THIRD apart (M3, in this case). 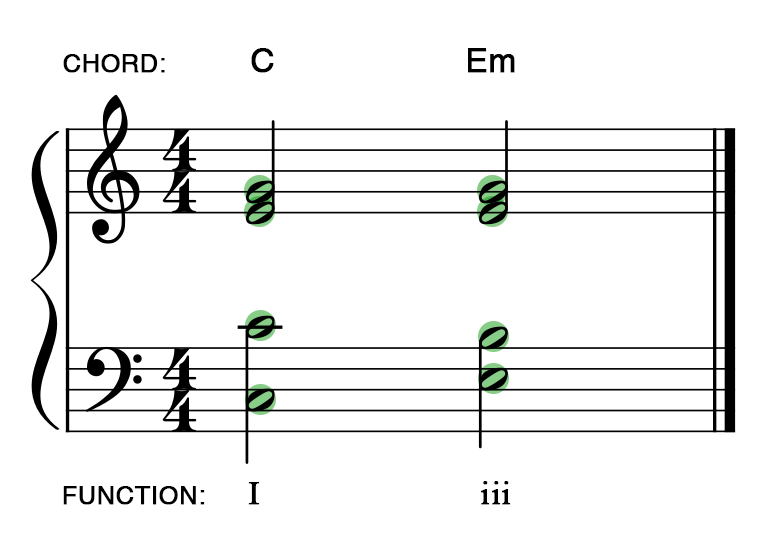 -Below, we have an example of a CHROMATIC MEDIANT relationship.  I (C major) moves to III (E major). In the key of C major, MOST these notes are DIATONIC. C, E and G (of C major) and E and B (of E major) are all within the key of C. However, that G# note (in the E major chord) is CHROMATIC. It is foreign to the key of C major. The relationship is MEDIANT because C major and E major are based on root notes a THIRD apart. The function for C major can be rightly identified as I. But the following E major chord has a function less obvious. If followed by a vi chord, it could be identified as V/vi. If not, it may be considered to be LINEAR. In which case, doesn't serve a function other than providing movement to the next harmony. -There are 6 possible chromatic mediant (3rd) chords from any MAJOR chord. Notice that we are involving six chords (sub mediants), as well, because they are simply inverted thirds. 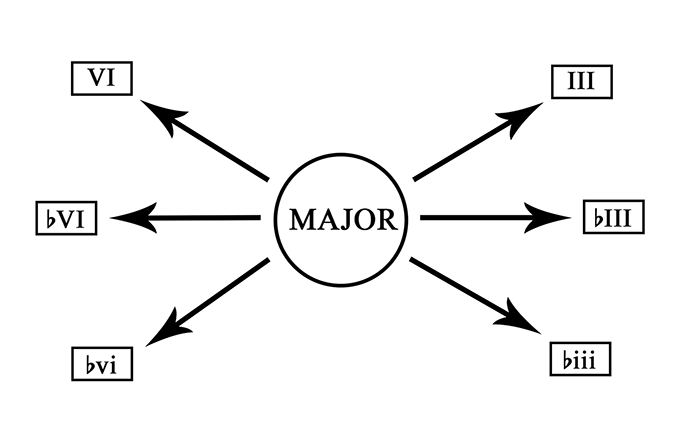 -There are also 6 possible chromatic mediant (3rd) chords from any MINOR chord, as seen below. 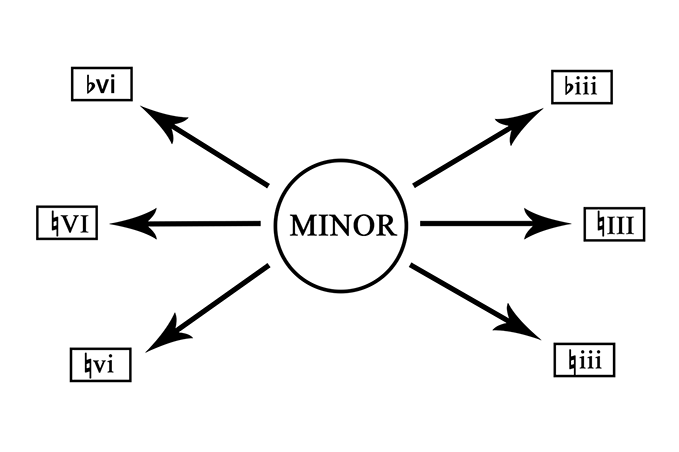