Continuing where episode 63 left off, this episode will review our previous discussions on diatonic chords and secondary functions. We will now add the secondary seven of V and seven of ii (iiº) chords. Listen for the chord qualities and use your theory brain to find out how to decipher these chord progressions. Use this skill to learn songs faster and know music better! 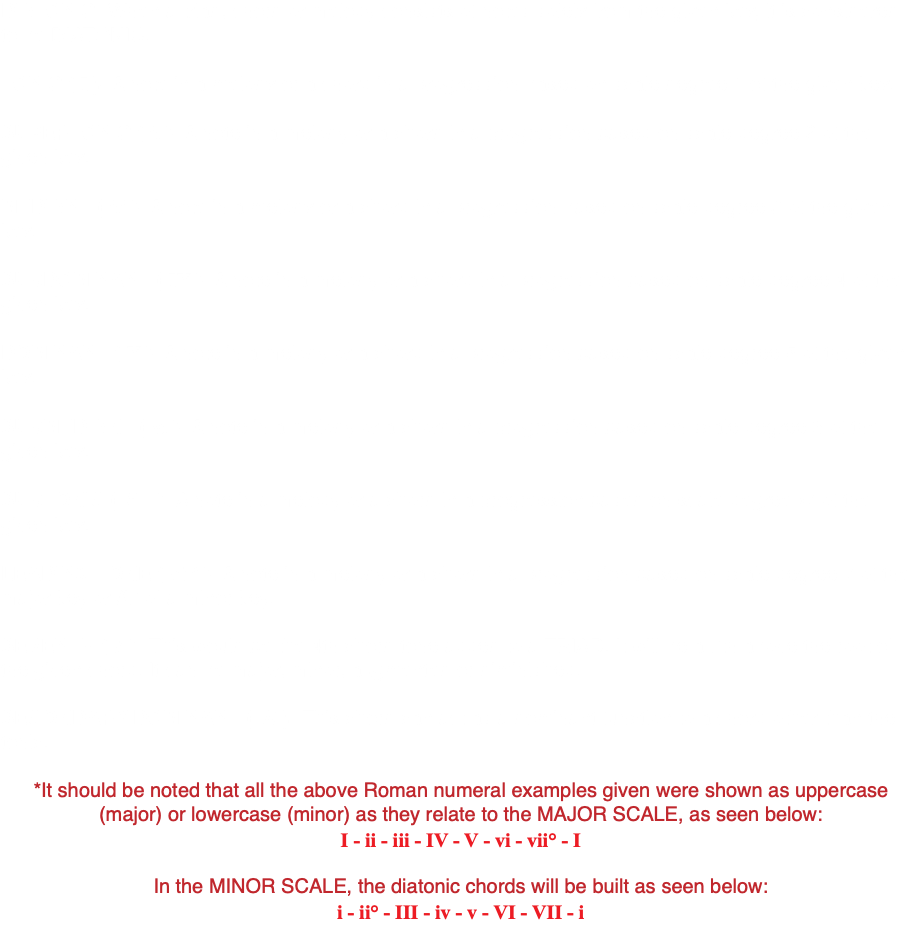 -See the second chord in the first measure. This chord is a diminished chord built on scale degree #4 (F#), in the bass and tenor voices.

-In the key of C major, the F#º is a CHROMATIC chord. It is the SECONDARY DOMINANT of the V chord (G major). The once natural F, is now an F#. It is acting as the LEADING TONE, moving up to the G (scale degree 5) in the chord that follows. 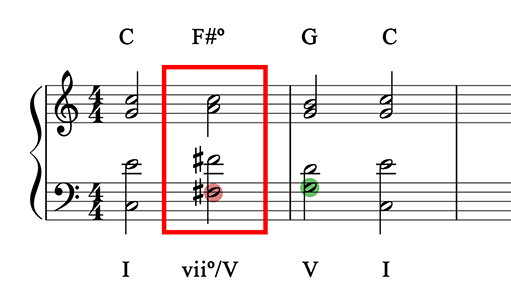 -The viiº/V in minor is the same chord as it is in major. Again, this chord is a diminished chord built on scale degree #4 (F#) that resolves to scale degree 5 (G). 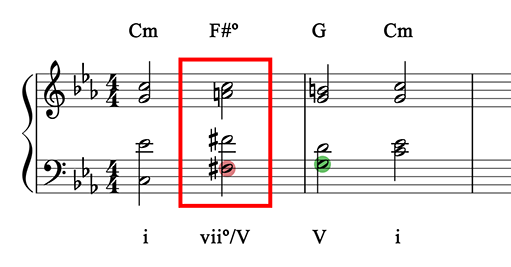 -See the second chord in the first measure. This chord is a diminished chord built on scale degree #1 (C#), in the soprano voice.

-In the key of C major, the C#º is a CHROMATIC chord. It is the SECONDARY DOMINANT of the ii chord (D minor). The once natural C, is now a C#. It is acting as the LEADING TONE, moving up to the D (scale degree 2) in the chord that follows. 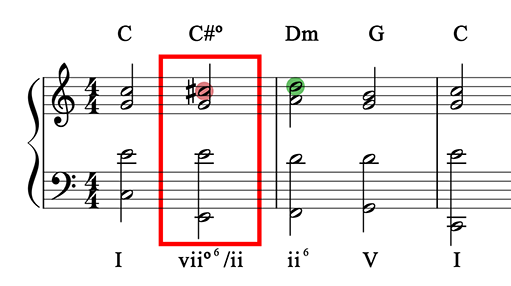 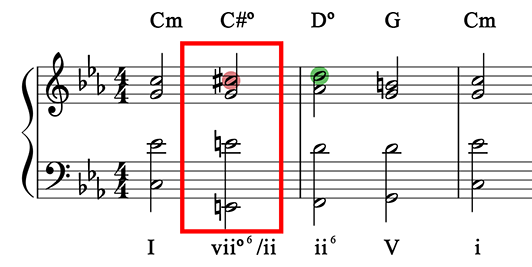 In this episode, our first example features a V/V chord, rather than the SECONDARY SEVEN chord, our focus. For more on that, check out episode 63. Meanwhile, we will skip to the next (2nd) example for our notated aids. Key of C major!

Use this listen to focus on the bass line. In our first example, we hear the following scale degrees in the bass, beginning with scale degree 1 (C):