It's time to try something different, though "music-adjacent"! The Schumann resonances are the vibrations of the Earth's atmosphere. Some believe that if we tune our instruments to these resonances, using 432Hz as our tuning standard, our music will be more satisfactory and enhance our well being. Let's talk a little about the physics behind this and why it has become a topic of controversy!

RESONANCE- The reinforcement or prolonging of a sound, by reflection of a surface or by syncing vibrations with a near by object.

WAVE- A disturbance that radiates outward, from it's source, transferring energy without transporting matter. Both sound and light travel in waves.

MECHANICAL WAVE- Sound waves are good examples of mechanical waves. They require a medium (such as water or air molecules) for travel. The vibrations displace molecules and transfer that energy to near by molecules.

ELECTROMAGNETIC WAVE- Light waves are good examples of electromagnetic waves. They require no medium (such as water or air molecules) for travel. They can travel through a vacuum, such as space. These travel through the absorption and reemission of the vibrations of electrons to and from near by atoms.

AMPLITUDE- This how high the crest, and how low the trough, of the wave is.

WAVELENGTH- This is the distance between the crests of two waves.

FREQUENCY- How many waves pass through a fixed point in one second.

-Light and sound both travel in waves, though light has a particle nature as well.

-When a sound is made, vibrations move through the air in a wave like fashion.

-As seen below, the AMPLITUDE of the wave is how high the crests and how low the troughs are. This determines how loud or strong the waves are. 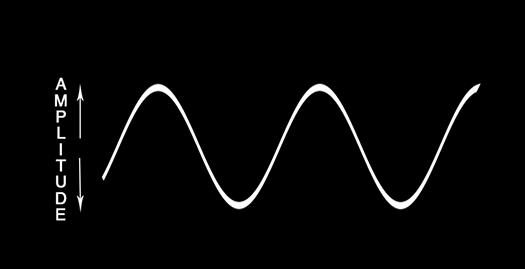 -As seen below, the WAVELENGTH of the wave is how far apart the crests and troughs are. This determines how high or low the FREQUENCIES are. The shorter the wavelength, the higher the FREQUENCY. -Sound waves are said to be MECHANICAL. They travel by displacing air molecules, in a "domino like" fashion. The denser the material, the faster they travel.

-Light waves are said to be ELECTROMAGNETIC. They travel by means of electric and magnetic disturbances, within electron vibrations, that are passed on to near by atoms.

-The planet EARTH'S ATMOSPHERE acts as a RESONATING chamber between it's surface and the IONOSPHERE. The energy that creates these waves is caused by lightening strikes across the planet, occurring at around 44 times a second. 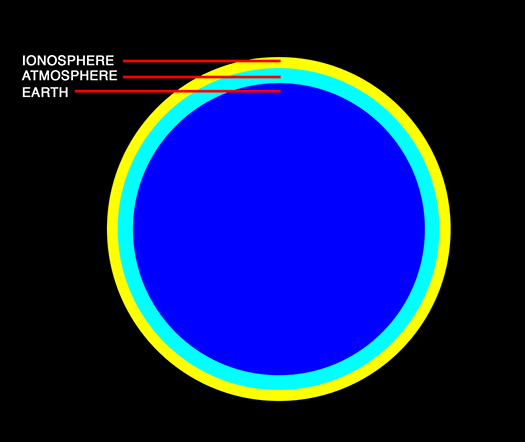 -The frequency that results from the sum of these wave occurs at around 7.83 Hz. This is known as the SCHUMANN RESONANCE, discovered by Winfried Otto Schumann in 1952.

-The SCHUMANN RESONANCE is not constant. It varies from 7 Hz to 8 Hz, even throughout the day, based on cosmic and environmental influences.

-The frequency of 432 Hz resonates with that of the Schumann resonance. Therefore, some argue that we should be using the 432 Hz frequency as our "concert A" standard, rather than our current world wide standard of 440 Hz.

What do you think?

-For a brief, but thorough, discussion of the Schumann resonance, check out this article on Skeptoid.com, by Brian Dunning:

"Fact and Fiction of the Schumann Resonance"

-For a visual representation of some of these principles at work, check out this very cool video, by