The guitar is an extraordinarily expressive and versatile instrument. From it's roots in 15th Century Spain to it's current prominence in jazz, rock, pop, folk, funk and blues (to name just a few genres), there is much to be said about the guitar. We're going to say as much as we can in one episode with our good friend Carlos Pino. Get ready for some great sounds because he brought his guitar!

Get ready for another great episode because he really brought his "A" game! 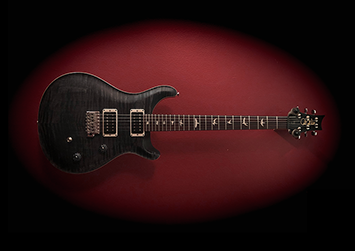 The guitar originated in Spain in the 16th century from the guitarra Latina. This instrument had 4 courses of strings (two or more strings positioned closely together, tuned in unison and played as one) The lower 3 were doubled and the top, single.

C-F-A-D was a common tuning among others. It was waisted (not unlike the violin). Unlike the violin, it had a sound hole in the center. The body was deeper than today’s model.

Between the 16th and 19th century, the following  changes occurred:

-The courses on the guitar were made single by the 19th century and the E A D G B E tuning was established.

-The violin peg box was replaced by the head we all know today with machine head tuning knobs.

-The tied on gut string fret was replaced by an ivory or metal fret.

-The body changed a bit for better sonority and stability. It became broader and more shallow with a thinner sound board.

-A lot of these changes were attributed to the work of Antonio Torres (of Andalusia, Spain), the most noted Spanish guitar maker of the 19th century. His work resulted in today’s 6 string, classical guitar. This instrument has 3 gut strings (now nylon or plastic) and 3 metal spun silk strings. 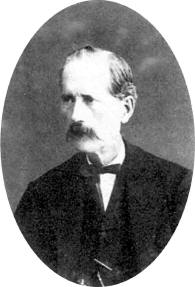 -In the 19th century, a Spaniard named Francisco Tarrega, transcribed the music of Bach and Mozart for guitar and gave rise to the classical guitar genre.

-In the 20th century, guitarist Andres Segovia was instrumental in establishing to guitar as a concert instrument by showing it’s technical and expressive qualities. 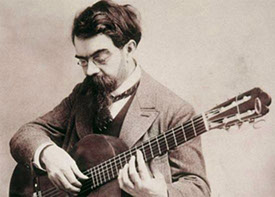 -In 1931, George Beauchamp and Paul Barth, of the National Guitar Corporation, designed the first electric guitar. Harry Watson built it.

-Beauchamp and Barth would later team up with Adolph Rickenbacker. By 1932 they became the first to produce these electric guitars, which were becoming more popular in the the jazz genre.

-By 1940 Les Paul came up the “The Log” a 4”x4” piece of pine with strings and a pick up. Detachable hollow body, for show. One of the first solid body guitars. 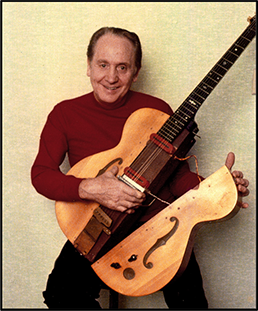 -In 1950, Leo Fender came up the telecaster, originally called the broadcaster. This was the first massed produced solid body guitar. Four years later, Fender released the ever famous Stratocaster, with 3 pickups, spring tension vibrato and the "comfort contour" body.

-By the 50’s and 60’s the guitar made its way into pop music and, shortly thereafter, most genres in Western music.

-An electric guitar wants to be around 68° F and around 45% humidity. Because a lot of electric guitars are solid body and painted or coated, humidity isn't as intrusive with electric when compared to acoustic instruments. However, extreme temperature fluctuations should be avoided.

-If you don't have sufficient knowledge on how to set your guitars intonation or bridge, there's no shame in bringing it in to a professional. Try to do this once or twice a year.