Just in case we haven't said everything we need to say about intervals, it's time we said a little more! We will have a quick recap on the basic intervals followed by an extended discussion on other interval related topics, such as: compound intervals and the recognition thereof, enharmonic naming, harmonic tendencies and much more.

NOTE: REFER BACK TO EPISODES 9 AND 10 FOR A DETAILED DISCUSSION ON BASIC INTERVALS 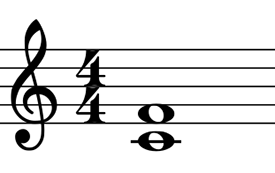 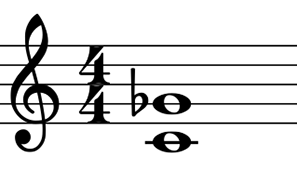 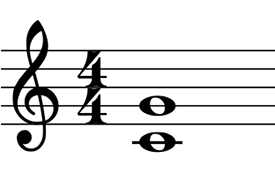 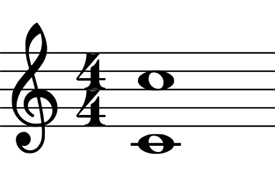 NOTE: BECAUSE WE'VE ALREADY RECOGNIZED THE OCTAVE AS THE COMPOUND INTERVAL OF THE UNISION, WE WILL BEGIN THE FOLLOWING EXAMPLES WITH THE INTERVAL THAT FOLLOWS

THE OCTAVE (THE MINOR 9TH). 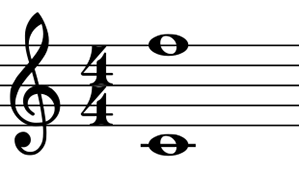 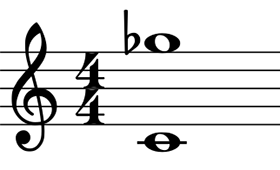 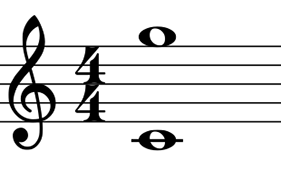 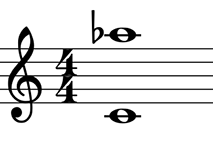 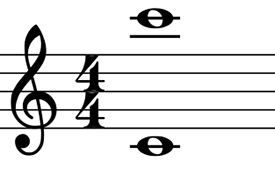 m3 and M3- Fairly stable but can be often heard walking down the scale to 1.

P4- Will gererally move down to 3.

TT- Depending on the context, this one is a wild card.

P5- Wants to resolve to 1, especially in the bass.

m7- Like the TT, this often depends on the context. In a V7 chord it wants to resolve to the 3rd of the I chord. In minor or mixolydian, though fairly stable, it will resolve up to the 1 of the i chord.

When do we use different names for the same note? It really depends on the context but, in general, we stick to the less complicated label. One exception can be seen below, in the A HARMONIC MINOR scale. The SPACE between the F and the G# is truly a MINOR 3rd. However, because this scale is divided into 2nds, it is considered to actually be and AUGMENTED 2nd.

-Sometimes when practicing our intervals, we neglect the extreme registers

(very low or very high notes). Try to make them a part of your ear training practice routine.