The bass has a special effect on the listener. The frequencies in the lower register can often be felt just as much as they are heard. The bass can tell us more about harmonic progression and it can also tie the rhythm and melody sections together. Join us, along with Aaron Branson, as we talk all about that bass! 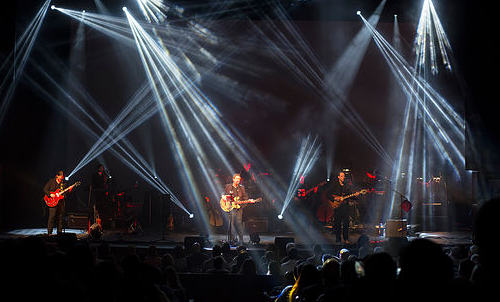 While scholars dispute the accuracy of it's origins, the original bass began it's rise as member of the violin family. The earliest known illustration of the double bass (stand up or upright) goes back to 1516, but it’s first mention predates that by over 20 years. So, it's safe to say that the upright made it's debut somewhere in the late 1400's.

Research suggests that there have been close to 50 different tunings for this instrument before E,A,D,G (tuned in 4ths) was finally established to be the accepted standard back in the early 1900’s. Some earlier models (back in the early 17th century) were found to have had up to 6 strings.

-Some of these models featured thin gut string frets, in which gut strings were wrapped horizontally around the neck. Coming from many animals (none of which have been officially confirmed to be a cat), the gut was most commonly extracted from the sheep intestine. 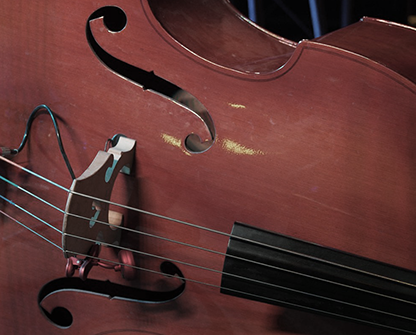 -On higher end instruments, ebony wood is used for the fingerboard. Maple for the back and neck and spruce for the top.

-On lower priced instruments, other woods are used such as laminated plywood.

-Everything is glued except for the sound post, bridge and the tail piece.

-The post is held by tension. If it slips, a luthier can fix it with relative ease.

-The electric bass was invented in the early 1930’s by musician and inventor, Paul Tutmarc (who also developed the first systems to amplify the double bass). Unlike the upright bass, it was fretted and intended to be played horizontally. His company was Audiovox (now Voxx). This instrument was the

-In 1953, Mark Montgomery (of Lionel Hampton’s big band) became the first to tour with the Precision bass. In the same year, Gibson released a short scale violin shaped bass which had an retractable end pin for upright style playing.

-By 1956 Danelectro joined the party along with Walter Hofner (Beatle Bass). The Rickenbacker, also played by Paul McCartney, followed in 1957.

-In ’57, Bill Black (with Elvis Presley) made the switch to electric. Not long after that moment, the electric bass was well established in music performance and the recording thereof.

-An electric bass, similar to the upright, wants to be around 68° F and around 45% humidity. Because a lot of electric guitars are solid body and painted or coated, humidity isn't as intrusive with electric when compared to acoustic instruments. However, extreme temperature fluctuations should be avoided.

-If you don't have sufficient knowledge on how to set your bass's intonation or bridge, there's no shame in bringing it in to a professional. Try to do this once or twice a year.

"A Place For Bass"