An understanding of form and analysis can be a great aid in getting to know music better. Like an architect, a composer will structure their music on a foundation of building blocks. It's time to check out the blueprints! In this episode, we will take it from the ground up. We'll start with motives. We'll use them to build phrases and phrases to build periods and phrase groups.

NEIGHBORING TONE- This is a note that is a non chord tone that occurs during a chord. It causes a brief dissonance and resolution within a stable chord. This note is approached, by step, from a chord tone and returns to that SAME chord tone.

The MOTIVE is a small group of notes that form an idea. Circled below we have a MOTIVE, within the first three notes of the melody, that contains two elements that reoccur throughout this short melody:

2. The MELODIC pattern of a chord tone (G) followed by a NEIGHBORING TONE (F#) and returning back to the same note (G).

Textural reduction of "Brandenburg Concerto No. 3 in G major, BWV 1048"

The PHRASE is a group of MOTIVES that work together to form a complete thought. This will often end in a CADENCE, or a resting point. If a PHRASE is like a sentence, then the CADENCE can be compared to it's punctuation mark. The below example consists of two PHRASES. The first one ends with an IMPERFECT AUTHENTIC CADENCE (I.A.C) and the one that follows ends with a stronger

The PERIOD is a group of PHRASES that work together to form a bigger idea. This will give a small story or a scenario with in a piece of music. Maybe this can be compared to a paragraph. The above example is that of a PERIOD because it contains a more than one PHRASE.

The beginning material of BOTH phases will be similar in a parallel period. It doesn't have to be note for note. Below we see how the first measure of each phase looks and sounds almost identical. The 1st phrase ends with a HALF CADENCE

and the 2nd ends with an IMPERFECT AUTHENTIC CADENCE.

These two phrases have an ANTECEDENT/CONSEQUENCE relationship. The 1st phrase is the ANTECEDENT (the question) because is ends with a weaker half cadence.  The 2nd phrase is seen as the CONSEQUENCE (the answer) because it's cadence (P.A.C.) is more resolving.

The beginning material of both phases will NOT be similar in a contrasting period.

Typically more than two PHRASES, often three, the  phrase group contains one or two similar phrases but only the final one has a conclusive resolution. 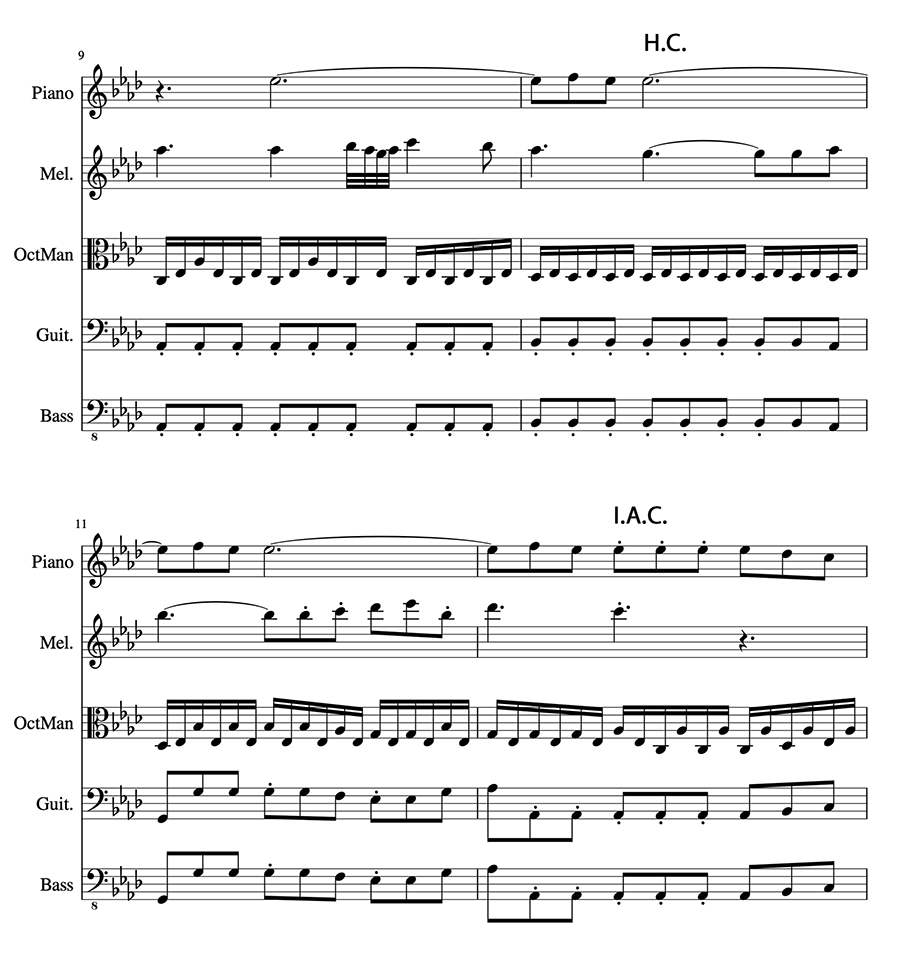 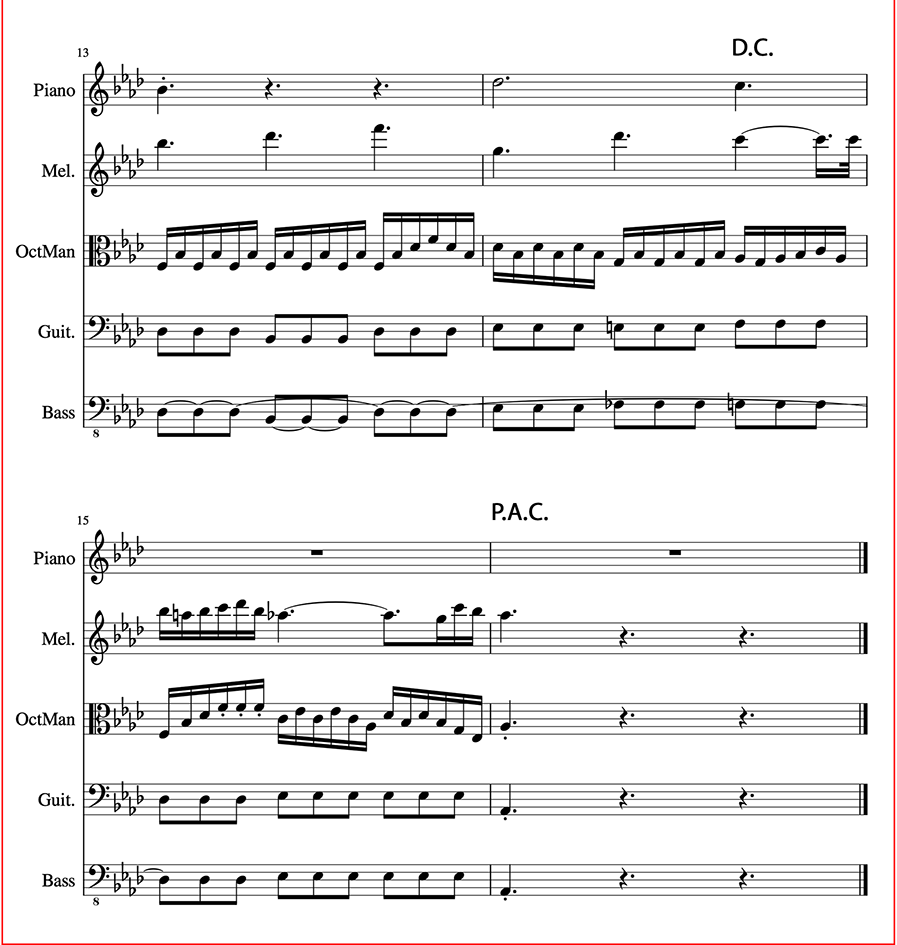 Just like it sounds, this is one period that is repeated.

-Try actively listening for cadences. They will often land at a resting point (often in harmony and in meter).