The piano is a complex and beautiful instrument. It's fairly easy to learn, but quite challenging to master. In this episode, we will speak to a man that knows it up and down; Matthew Dutot Slocum. We will discuss where he is, how he got there, and where he's going. Then, it's on to practice routines and philosophies of musicianship. Finally, we will dig deep into the instrument, it's mechanisms, and it's genesis. Every musician should take a moment to get to know the piano. This is your moment! 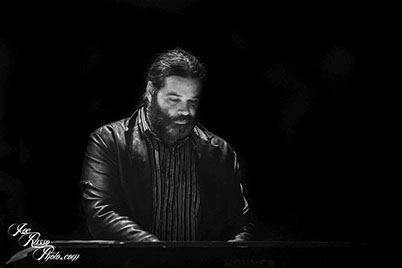 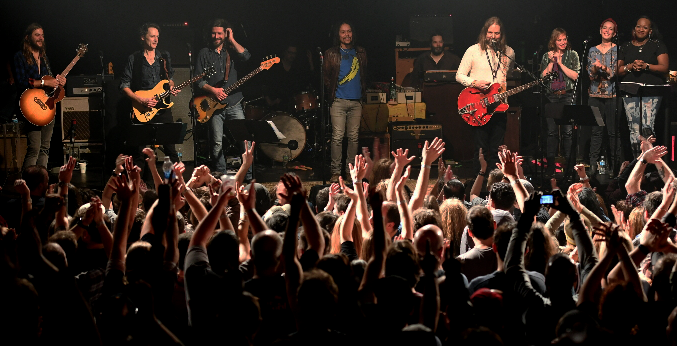 A harpsichord maker named Bartolomeo Cristofori, who worked for Prince Ferdinando de Medici, invented the piano in Florence, Italy (circa 1700). The knowledge of its mechanisms was eventually disseminated by Scipione Maffei, in 1711, when he wrote a detailed article that included diagrams. This article was translated into German and was widely distributed. A German organ maker named Gottfried Silbermann improved on this design by adding the damper pedal. He brought this piano to Bach in the early 1730's. This design was ill received because Bach didn't think the high notes were loud enough. Silbermann was able to improve on this and win Bach's favor in 1747.

Originally, the keyboard only covered 5 octaves. Today's piano covers 7 octaves. There are 88 keys, 52 white (once ivory but now plastic) and 36 black (once ebony but now basswood or spruce), that span from low to high in pitch. Some of the early Viennese models had the colors reversed. When you strike a key, it causes a hammer to strike the strings. This can be done loudly or quietly. 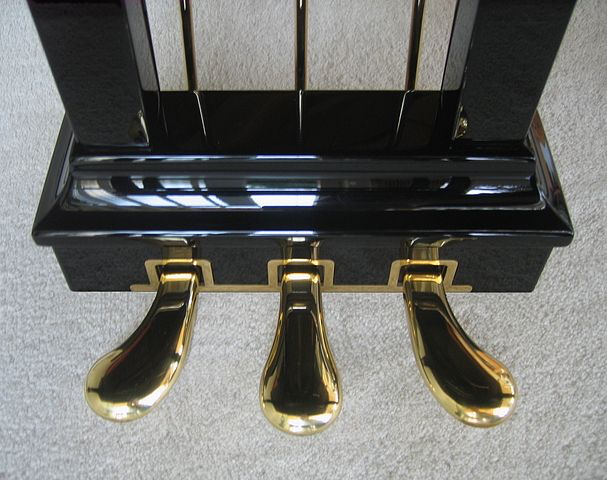 MIDDLE (sostenuto)-This pedal is used to sustain a group of notes, in any register, while other notes can be played with those notes but free of the sustain effect. Many pianos have a bass sustain pedal instead. This pedal will allow only the lower notes to sustain. On some Asian models, this middle pedal can be used as a "soft" or "practice" pedal. It lowers a layer of felt over the string to soften the sound and often has a locking mechanism.

RIGHT (sustain or damper)-This pedal lifts the damper off of the strings, allowing the notes and thier overtones to ring freely until they die out over time or until the pedal is released and the damper lowered.

-Tune your piano at least twice a year. When this schedule is neglected it can cause kinks in the string (where they wrap around the pin) which can lead to "false beats" or a wavering in the tones produced, when the kink is within the speaking length of the string.

-The ideal environment for a piano is 72°F and at about 49% humidity. To maintain these numbers special equipment can be used to add heat or humidity when needed.

-When learning a song or a piece of music by ear, try stepping away from your instrument and just listening.

-The piano was invented by an Italian harpsichord maker, named Bartolomeo Cristofori, circa 1700.

-There are roughly 50,000 lbs of pressure in the average grand piano. It takes a cast iron frame to hold that pressure. This is one of the main reasons a piano is so heavy.