Moving forward in our discussion of form and analysis, we will dig deep into the rondo form. We will listen to a popular example, Fur Elise, and yap about the form in real time. Ready your theory brains!

RONDO- Usually this is the final movement of a symphony. It is typically upbeat and light hearted. The SMALL RONDO has five parts:

REFRAIN- Noted as the A section, this passage of music begins the rondo form. As the name implies, this section, or part, will return a few times within this form. This is typically considered the "hook", or the most recognizable part, of the piece.

EPISODE- After the refrain, a contrasting section will occur. This will be noted as B, C, etc.

-The SONATA form has 2 main parts, the REFRAIN and the EPISODE. These parts may be connected by a TRANSITION or a RETRANSITION to aid in the modulation process.

The REFRAIN consists of the primary theme. This is often the most recognizable part. In analysis, we would not that as the A section. This will be in the key of the tonic.

The EPISODE consists of a theme that contrasts with the REFRAIN. This may be in a different key than the REFRAIN. Usually, the 2nd EPISODE (C) will be larger with more development and will often involve meter or tempo changes from the REFRAIN.

There are 2 main types of RONDO FORMS:

-This rondo begins with a well known minor melody. This is where we establish our home key (Am) and the main theme. We will call this REFRAIN the A SECTION. This repeats twice. At measure 24, we experience a change in mood and key (F major). This begins the EPISODE known as the B SECTION. -On m.36, we return back to our REFRAIN (A). On measure 60, we see a completely different EPISODE. This begins the C SECTION. Notice how the the mood has become edgy and tense. It is in the key of Am but a lot of dissonance is being built over this droning A note in the bass. -Finally, in m. 84, we return to the A SECTION, with no repeats. This closes the piece. 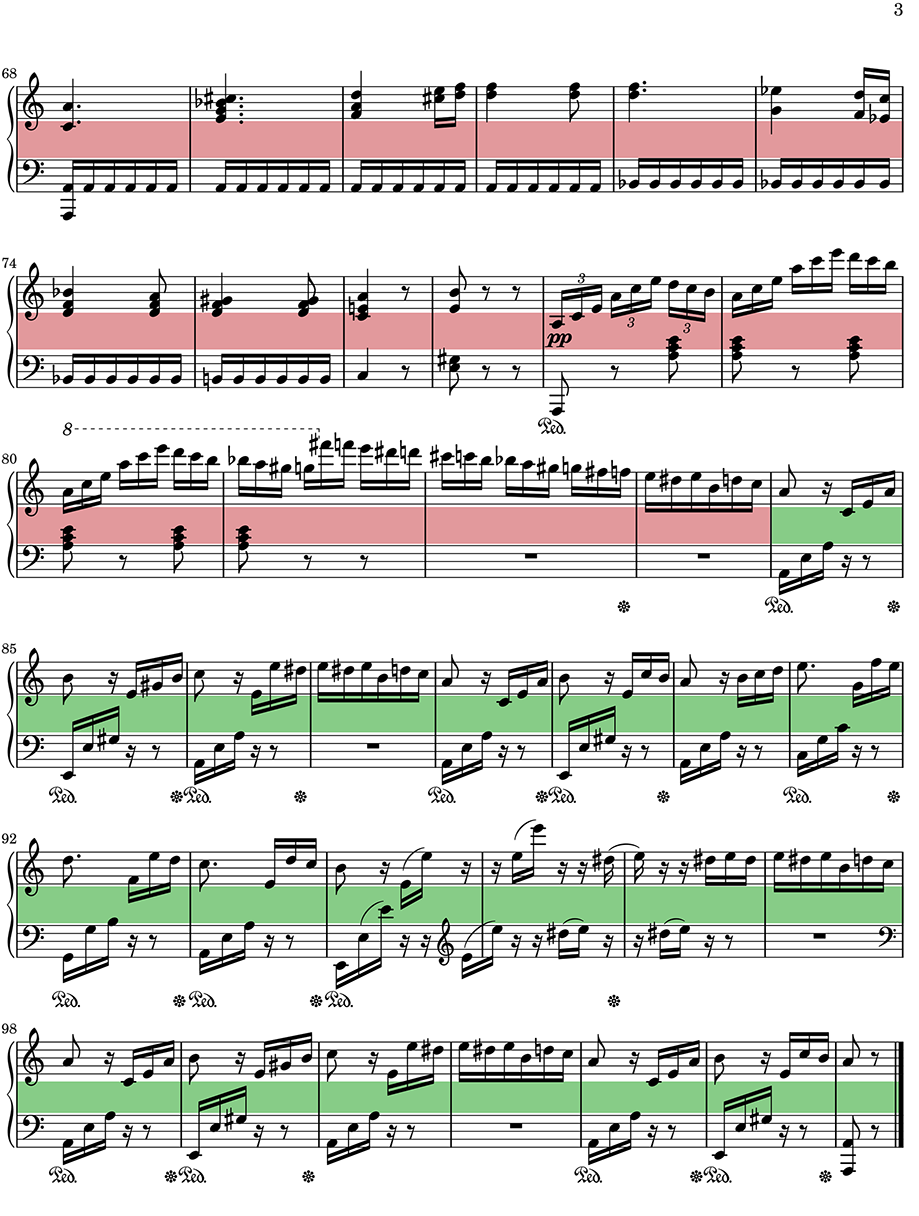